The Dark Side Of The Moon

Re-released in 2011: Experience and Immersion editions

'Dark Side Of The Moon' was on the American TOP-200 in 724 weeks. April 23rd 1988 the album finally left the chart after almost 14 years. In United States the album has been sold in more than 10 millions. 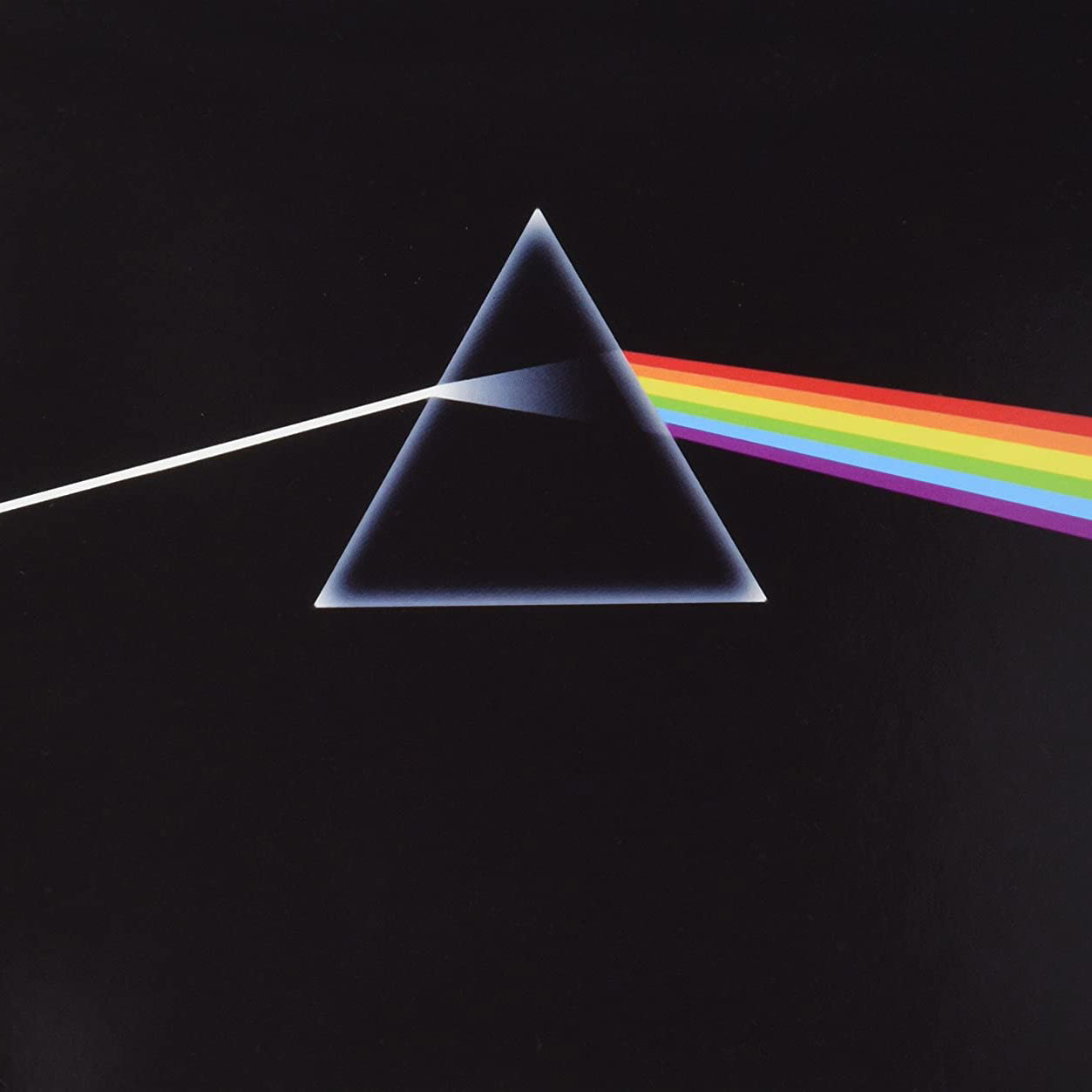 Saxophone on Us And Them and Money: Dick Parry

The remastered version was first released as limited CD-box with booklet and postcards. The same master was used for the 'normal' reissue CD and minidisc.

The remastered 'Dark Side..' was also rereleased on vinyl for the 30th anniversary of Pink Floyd's most popular album. The 2003 remastered release features a new prism design, created by original cover artist Storm Thorgerson.

Breathe, breathe in the air
Don't be afraid to care
Leave but don't leave me
Look around, choose your own ground
For long you live and high you fly
And smiles you'll give and tears you'll cry
And all you touch and all you see
Is all your life will ever be

Run Rabbit run
Dig that hole, forget the sun,
And when at last the work is done
Don't sit down it's time to dig another one
For long you live and high you fly
But only if you ride the tide
And balanced on the biggest wave
You race towards an early grave

Tired of lying in the sunshine, staying home to watch the rain
You are young and life is long and there is time to kill today
And then one day you find, ten years have got behind you
No one told you when to run, you missed the starting gun

And you run and you run to catch up with the sun,
but it's sinking
And racing around to come up behind you again
The sun is the same in a relative way, but you're older
Shorter of breath and one day closer to death

Every year is getting shorter, never seem to find the time
Plans that either come to nought,
or half a page of scribbled lines
Hanging on in quiet desperation is the English way
The time is gone the song is over,
Thought I'd something more to say

Home, home again
I like to be here when I can
When I come home cold and tired
It's good to warm my bones beside the fire
Far away across the fields
The tolling of an iron bell
Calls the faithful to their knees
To hear the softly spoken magic spells

THE GREAT GIG IN THE SKY

Clare Torry improvised her vocal in the studio. The instrumental piece between Time/Breathe reprise and Money was known as the 'The Mortality Sequence'at tlive concerts before the recording.

Money, get away
Get a good job with more pay and you're O.K.
Money, it's a gas
Grab that cash with both hands and
make a stash
New car, caviar, four star daydream,
Think I´ll buy me a football team

Money, get back
I'm all right Jack, keep your hands off my stack.
Money, it's a hit
Don't give me that do goody good bullshit
I'm in the hi-fidelity first class travelling set
And I think I need a Lear jet

Money, it's a crime
Share it fairly, but don't take a slice of my pie
Money, so they say
Is the root of all evil today
But if you ask for a rise, it's no surprise
that they're giving none away

The song was originally composed for the film 'Zabriskie Point' - but was not used. See also The Violent Sequence.

Forward he cried from the rear
and the front rank died
The General sat, and the lines on the map
moved from side to side

Haven't you heard it's a battle of words
the poster bearer cried
Listen son, said the man with the gun
There's room for you inside

Down and out
It can't be helped but there's a lot of it about
With, without
And who'll deny it's what the fighting's all about

Out of the way, it's a busy day
I've got things on my mind
For want of the price of tea and a slice
The old man died

And if the clouds bursts, thunder in your ear
You shout and no one seems to hear
And if the band you're in starts playing different tunes
I'll see you on the Dark Side Of The Moon .