'Us & Them' is only to find on the CD. On the lp-version 'Another Brick In The Wall, part two' is followed by 'Wish You Were Here'.

'Delicate Sound Of Thunder' was released in the Soviet Union as two seperate albums (A60 00545 007 no. 1 and no. 2). Russian cosmonauts brought the CD-version with them on their trip to the space station MIR. Pink Floyd was indeed 'first in space'.

The album was remastered in 2017 and again in 2019 if was completely remixed and remastered. A new version of both album and film is available on the The Later Years (box) (2019). A full re-release also including blu-ray, vinyl and a 'deluxe edition' is scheduled for November 2020. 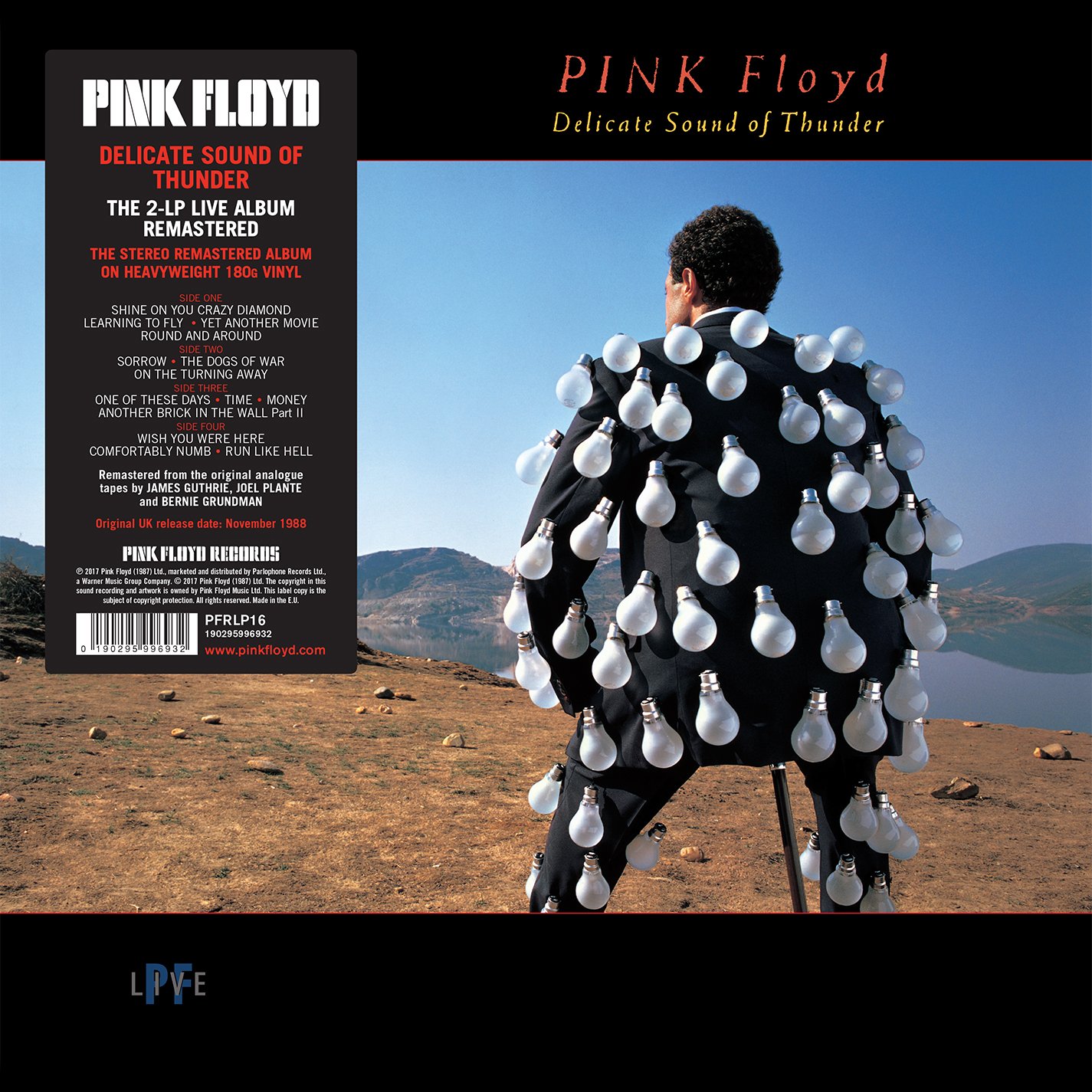 Special Thanks to Michael Farrell, Bob Ezrin, Neil Warnock
and to everyone who came to our show.