Pink Floyd concert recorded in the ruins of Pompeii, Italy.

There are 4 different releases of this film:

The DVD release features two versions of the film: The directors cut and the original 1971 version. Other features are: 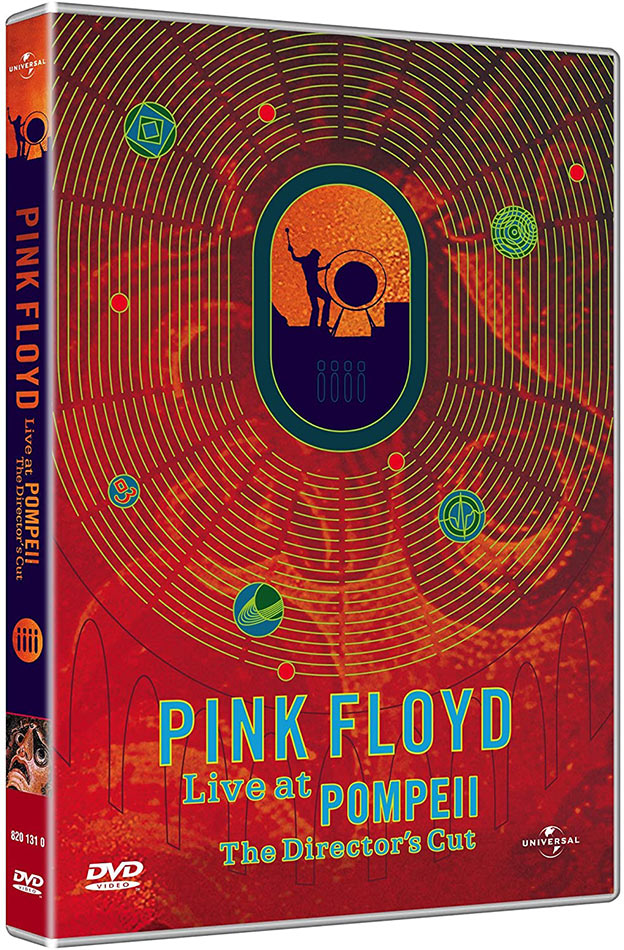 The music of Pink Floyd - colorful, imaginative, surrealistic, and highly inventive - lends itself very well to visual representation. Shot in and around an ancient amphitheatre among the ruins of old Pompeii,  Pink Floyd treat the viewer to a stunning audio-visual experience, the like of which has not been seen outside their sell-out concerts. this session was skilfully recorded in the beautiful sun-splashed arena by day, and amidst the eerily-lit scene of volcanic destruction by night, and is a perfect transition from audio to video media. Hailed by the press as a "technically perfect production", the set begins and ends with the massive composition "Echoes" from the album "Meddle" and also includes the following titles...

Mademoiselle Nobs is an instrumental version of Seamus from Meddle.