Soundtrack from the film 'Zabriskie Point' by Michelangelo Antonioni.

Pink Floyd wrote 3 tracks for the film, but they made at least 4 more, which were not used. 'Oneone', 'Fingals Cave' and 'Rain In The Country' appeared later on bootleg albums. 'The Violent Sequence' was later re-recorded as 'Us And Them' and used for the 'Dark Side Of The Moon'. 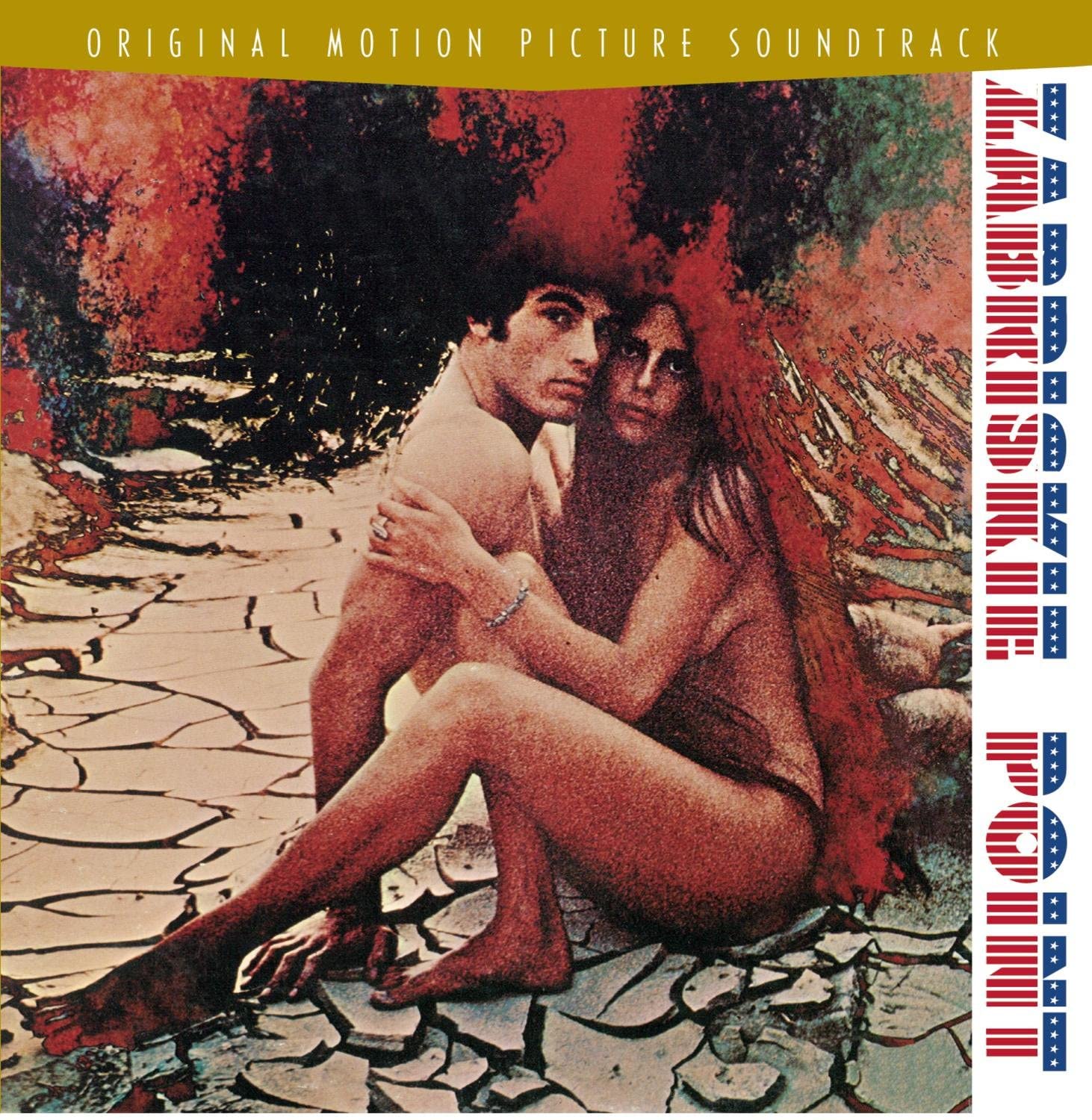 The rerelease CD-version has CD 1 as the original release (above). CD 2 contains previously unreleased material by Pink Floyd and Jerry Garcia (The Grateful Dead). The material was written for the film but not used. Even more Pink Floyd material from these sessions can be found on the box set: The Early Years: Devi/Ation

Very Special Thanks to David Fricke, Deborah Koons Garcia, and Robert Gordon. Their diligence and commitment made this release all it could possibly be.

In a while I'll find the time to make the sunshine mine
In a smile I saw a single needle in the sky
Wheeling, soaring, gliding by

On a hill a little man with many shining things
Shiny pool, a shiny car and shiny diamond rings
Wining, dining, shining king

Then a man appearing like up in our on the sand
In his hand a moving picture of the crumbling land
Screaming, scheming, movie man

Here we go, hold your nose and see if something blows
Close your eyes, count to ten and see the sunrise rise
Climbing, higher, to the sky

The song is in fact a new version of 'Careful With That Axe, Eugene'.

Also known as "The Red Queen Theme". The song might be related to 'Rain In The Country'.

Run to the treasury and bring me back some gold
Give it to the pawn who came, she cried
He says the white King thinks the game of chess is wrong
And all the courtiers crowded her
and this is what she told the gathered round

There will be no game today, she cried across the board
Everyday will be a holiday
And all the pieces cheered as tidings spread abroad
And the Pink Queen sat
and smiled at the cat who smiled back

Several (very different) versions was recorded for the love scene in Zabriskie Point. Two is included on the re-release of the soundtrack.