The Dark Side Of The Moon

2 different re-releases of Dark Side of the Moon stuffed with extra material. Released in 2011 as part of the Why Pink Floyd...? campaign.

Featuring: Dick Parry - saxophone (Us & Them + Money)
Backing Vocals by Venetta Fields and Carlena Williams
2011 audio mixing by Andy Jackson and Damon Iddins. Thanks to Phil Taylor, Astoria
Mastered in 2011 by Andy Jackson at Tube Mastering

The Immersion edition contains the 2 above discs + the following discs

Same content as disc 3 and 4, but in high-definition video/audio 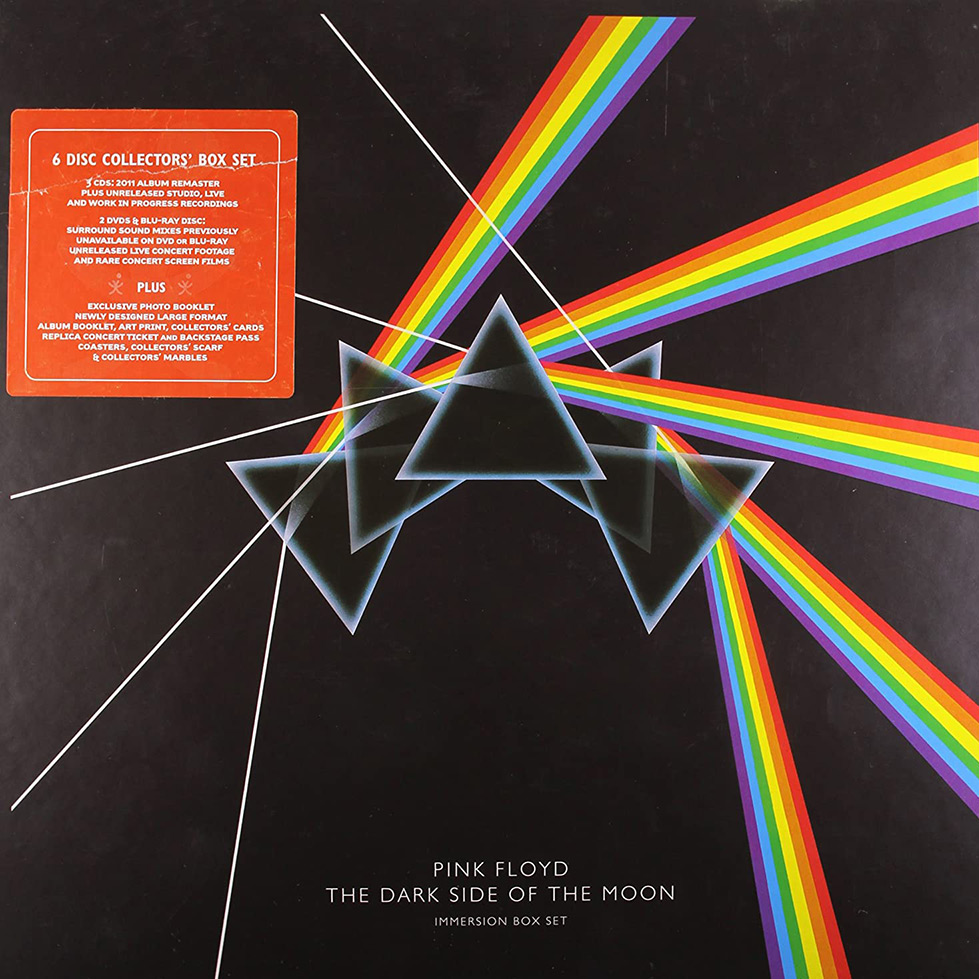 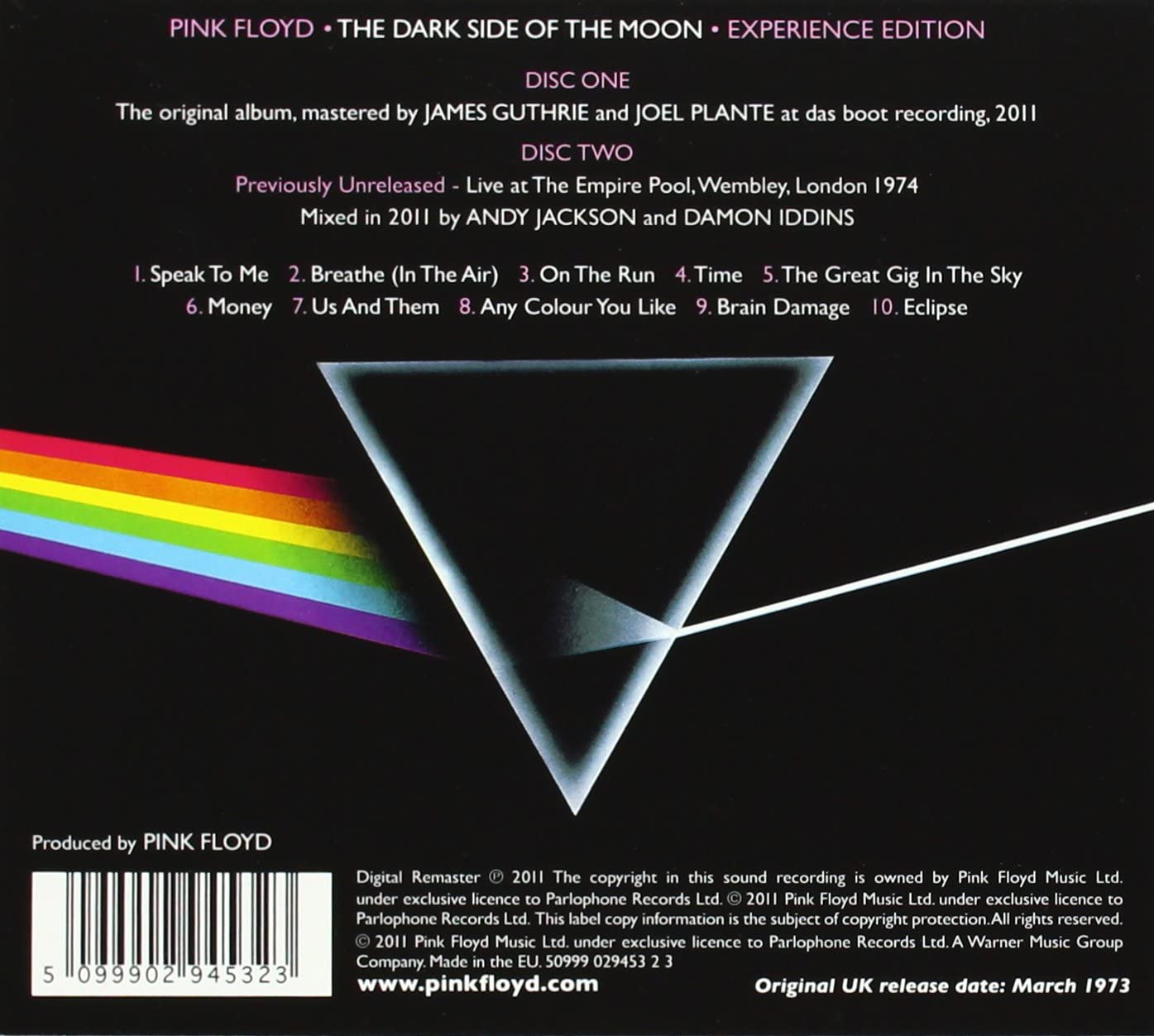 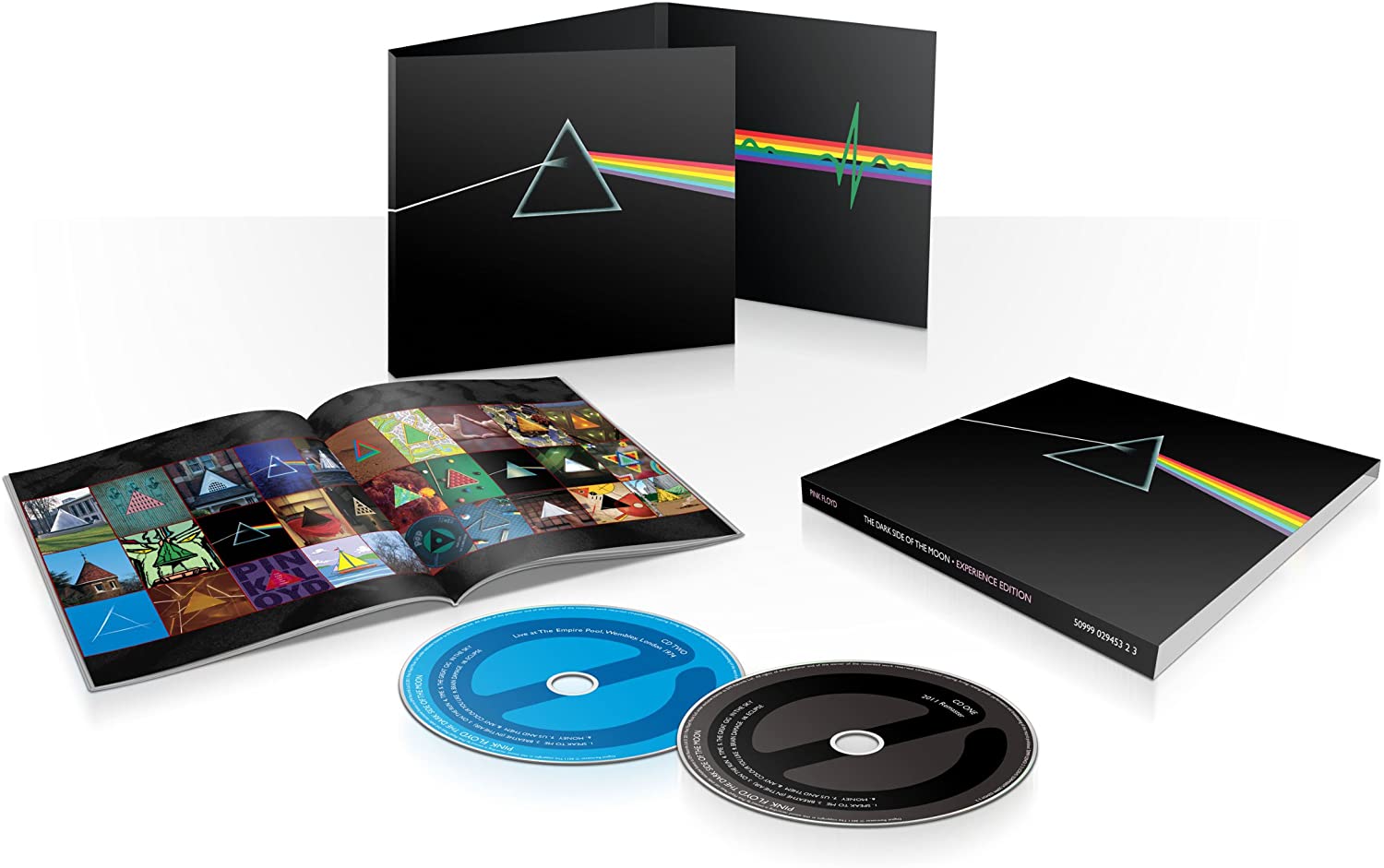 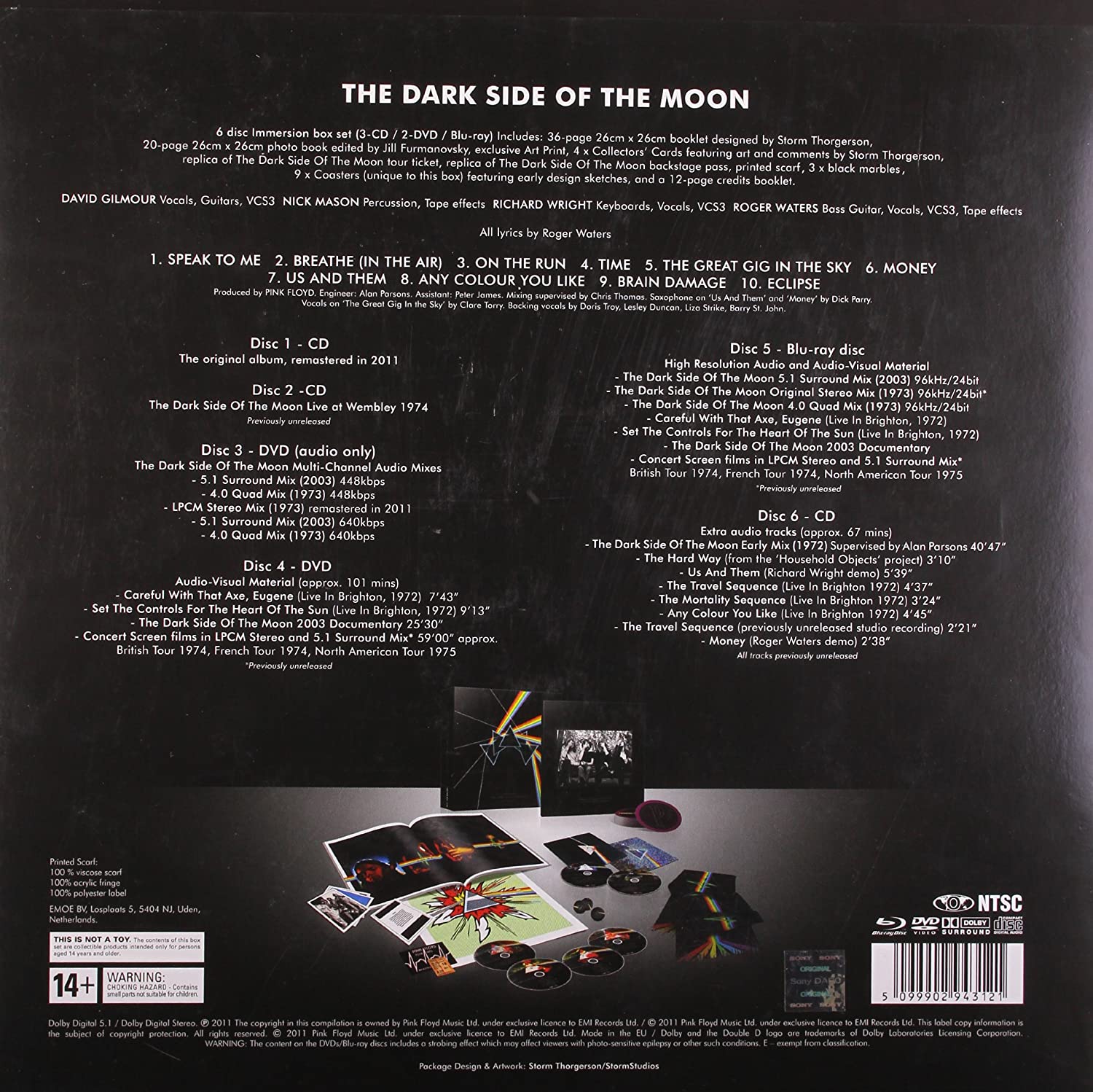 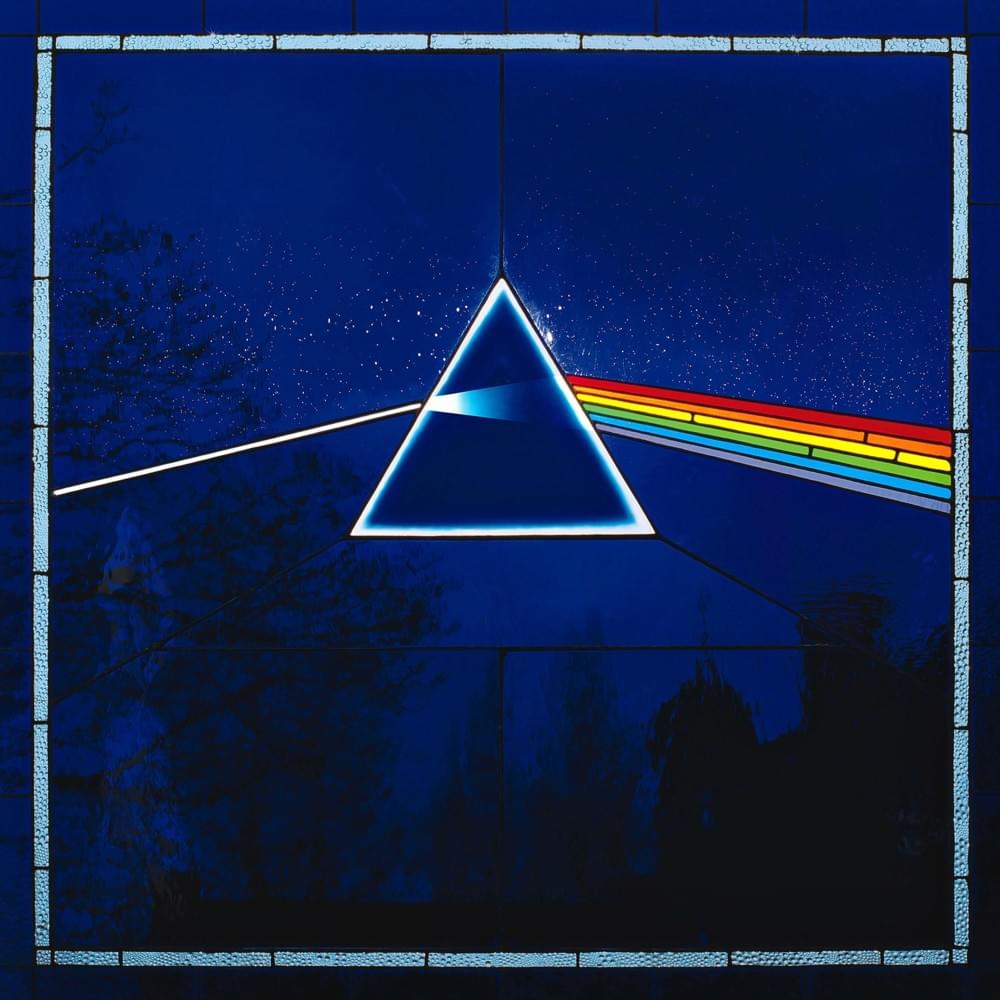 Previously unreleased early mix of The Dark Side of the Moon. Mix by Alan Parsons.

For some years Pink Floyd experimented with the idea of developing an album which was performed entirely on household equipment instead of instruments (The Household Obejcts Project). The Hard Way and a piece called 'Wine Glasses' were the olnly two tracks recorded before the project were dropped again.

A piece from the development of the Dark Side of the Moon which were recorded in an unfinished version, but probably replaced by On the Run.

'The Mortality Sequence' was the instrumental piece between 'Time/Breathe (reprise)' and 'Money' in the early performances of the song which later were recorded for 'Dark Side Of The Moon'. It has also been known as 'Variation'. It was mainly keyboard chords and dubbed speeches and bible readings. This was (thank God) replaced by Clare Torry's vocals and made into 'The Great Gig In The Sky'