In USA 'The Division Bell' sold 465,000 copies on the first week after release.

A special version of the Division Bell with loads of extra material on vinyl, CDs and Blu-ray was released 27 June 2014 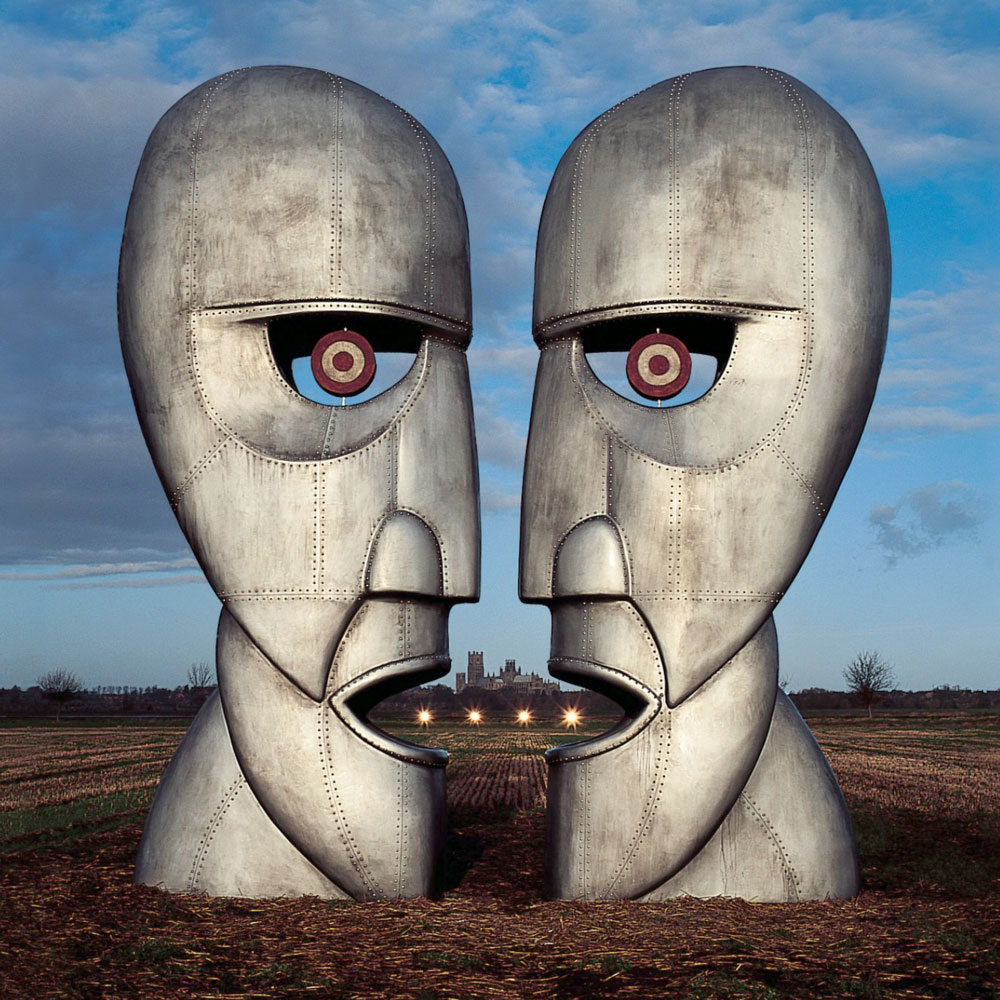 Mastered at The Mastering Lab, L.A. by Doug Sax and James Guthrie

WHAT DO YOU WANT FROM ME

What do you want from me

Hey you ... did you ever realise what you'd become
And did you see it wasn't only me you were running from
Did you know all the time but it never bothered you anyway
Leading the blind while I stared out the steel in your eyes

The Rain fell slow, down on all the roofs of uncertainty
I thought of you and the years
and all the sadness fell away from me
And did you know ...

I never thought that you'd lose that light in your eyes


A GREAT DAY FOR FREEDOM

I dreamed you had left my side
No warmth, not even pride remained
And even though you needed me
It was clear that I could not do a thing for you

Now life devalues day by day
As friends and neighbours turn away
And there's a change that, even with regret,
cannot be undone

Now frontiers shift like desert sands
While nations wash their bloodied hands
Of loyalty, of history, in shades of grey

I woke to the sound of drums
The music played, the morning sun streamed in
I turned and looked at you
And all but the bitter residue slipped away ... slipped away

WEARING THE INSIDE OUT

From morning to night I stayed out of sight
Didn't recognise I'd become
No more than alive I'd barely survive
In a word ... overrun

Won't hear a sound
He's curled into the corner
From my mouth
But still the screen is flickering
I've spent too long
With an endless stream of garbage to
On the inside out
... curse the place
My skin is cold
In a sea of random images
To the human touch
The self destructive animal
This bleeding heart's
Waiting for the waves to break
Not beating much

I'm holding out
He's standing on the treshold
For the day
Caught in fiery anger
When all the clouds
And hurled into the furnace he'll
Have blown away
.. curse the place
I'm with you now
He's torn in all directions
Can speak your name
And still the screen is flickering
Now we can hear
Waiting for the flames to break
Ourselves again

Her love rains down on me easy as the breeze
I listen to her breathing it sounds like the waves on the sea
I was thinking all about her, burning with rage and desire
We were spinning into darkness; the earth was on fire

So I spy on her, I lie to her, I make promises I cannot keep
Then I hear her laughter rising, rising from the deep
And I make her prove her love for me, I take all that I can take
And I push her to the limit to see if she will break

Now I have seen the warnings, screaming from all sides
It's easy to ignore them and God knows I've tried
All of this temptation, it turned my faith to lies
Until I couldn't see the danger or hear the rising tide


COMING BACK TO LIFE

I took a heavenly ride through our silence
I knew the waiting had begun
And headed straight ... into the shining sun

Can you see your days blighted by darkness?
Is it true you beat your fists on the floor?
Stuck in a world of isolation
While the ivy grows over the door