"A requiem for the post war dream by Roger Waters - performed by Pink Floyd."

On March 29th 'The Final Cut' was reissued on EMI Records. The re-mastered version is repackaged in a 16 page booklet featuring the original sleeve artwork designed by Roger Waters and includes the extra track 'When The Tigers Broke Free'. The song was the first 7" single from the record, however the track didn't make it to the album untill many years later.. 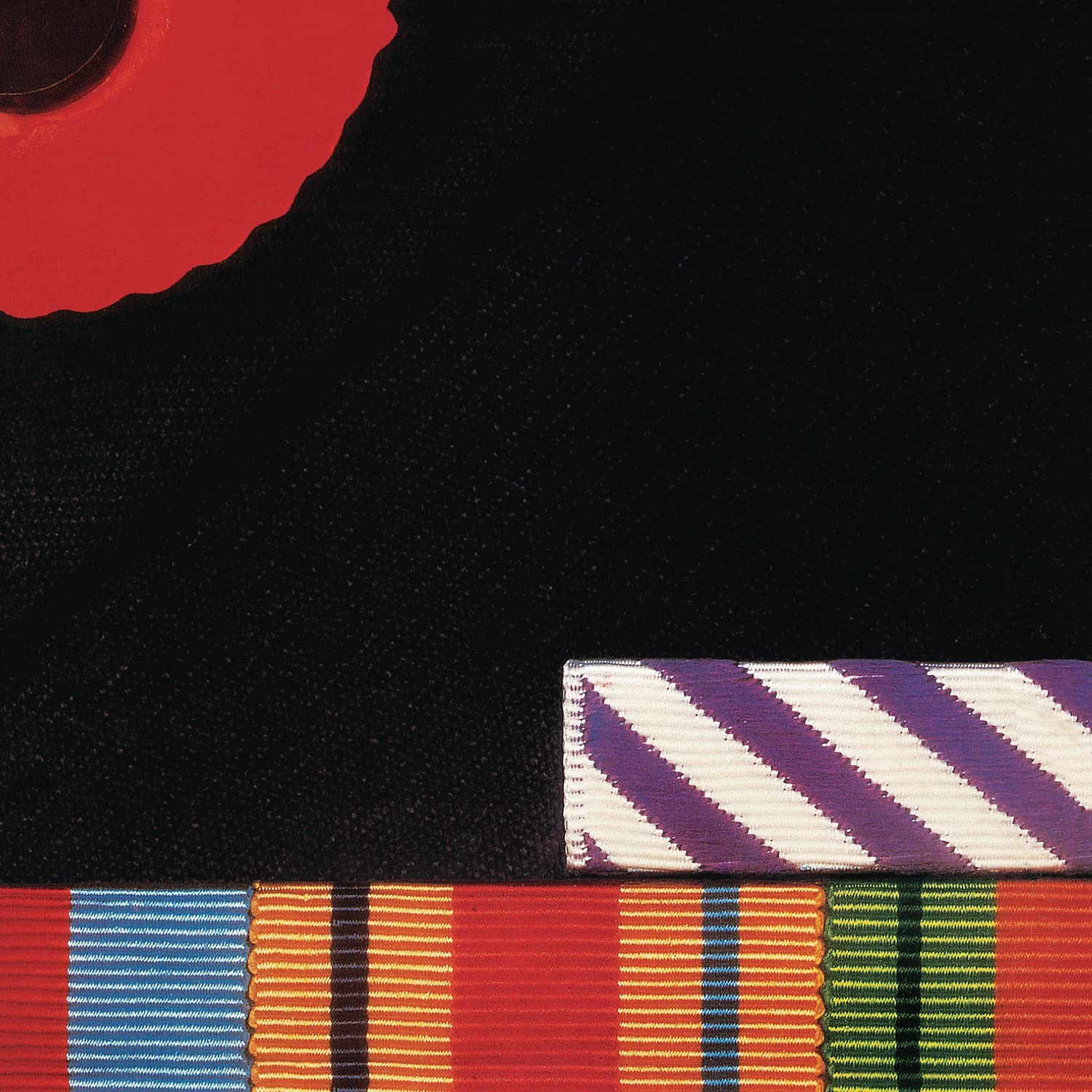 'The Final Cut' was originally planned as soundtrack from 'Pink Floyd - The Wall', containing the version recording for the film plus rejected material that didn't make it to the original wall-album. Instead it turned into a new project with songs by Roger Waters. Some of the material was originally written for 'The Wall'.

A video-ep with four songs was released for promotion. See video The Final Cut

Tell me true, tell me why was Jesus crucified
Is it for this that daddy died?
Was it you? Was it me?
Did I watch to much T.V.?
Is that a hint of accusation in your eyes?
If it wasn't for the nips
being so good at building ships
the yards would still be open on the clyde
And it can't be much fun for them
beneath the rising sun
with all their kids committing suicide
What have we done, Maggie what have we done
What have we done to England
Should we shout, should we scream
"What happened to the post war dream?"
Oh Maggie, Maggie what did we do?

She stood in the doorway
The Ghost of a smile
Haunting her face like a cheap hotel sign
Her cold eyes imploring the men in their macs
for the gold in thier bags or the knives in their backs
Stepping up boldly one put out his hand
He said "I was just a child then, now I'm only a man"


ONE OF THE FEW

This song was originally composed for The Wall and titled Teacher Teacher. It was only recorded as a demo until Roger Waters finally changed the lyrics to include it on The Final Cut. "Part 2" of the song was only only included on the single version.

Sweetheart sweetheart are you fast asleep, good
'cos that's the only time that I can really speak to you
And there is something that I've locked away
A memory that is too painful
to withstand the light of day

The extra verse to the song can only be heard on the single.


GET YOUR FILTHY HANDS OF MY DESERT

Take all your overgrown infants away somewhere
And build them a home, a little place of their own
The Fletcher Memorial home for incurable tyrants and kings

And they can appear to themselves every day
on closed circuit T.V.
to make sure they're still real
It's the only connection they feel
"Ladies and Gentlemen please welcome Reagan and Haig
Mr. Begin and friend Mrs. Thatcher and Paisley
Mr. Brezhnev and party
The ghost of McCarthy
The memories of Nixon
And now adding colour a group of anonymous latin-
american meat packing glitterati

Did they expect us to treat them with any respect

They can polish their medals and sharpen their
smiles, and amuse themselves playing games for a while
Boom boom, bang bang, lie down you're dead

Is everyone in?
Are you having a nice time?
Now the final solution can be applied

If you negotiate the minefield in the drive
And beat the dogs and cheat the cold electronic eyes
And if you make it past the shotguns in the hall
Dial the combination, open the priesthole
And if I'm in I'll tell you what's behind the wall

Hold on John
I think there's something good on
I used to read books but............
It could be the news
Or some other abuse
Or it could be reusable shows


TWO SUNS IN THE SUNSET