Is This really The Life We Want?

When We Were Young

The song was known as "Lay Down Jerusalem (If I Had Been God)", when performed live by Roger Waters before the album and single release. The song was longer in its original form, but the extra verses can be heard on the reprise version from Us+Them (album & film)

If I were a drone
Patrolling foreign skies
With my electronic eyes for guidance
And the element of surprise
I would be afraid to find someone home
Maybe a woman at a stove
Baking bread, making rice, or just boiling down some bones
If I were a drone

And it feels like déjà vu
The sun goes down and I'm still missing you
Counting the cost of love that got lost
And under my Gulf Stream, in circular pools
There's ninety-nine cents' worth of drunkards and fools

[The following "part 2" is the reprise version from Us & Them:]

If I had been God
I would not have chosen anyone
I would have laid an even hand
On all my children, every one
I would have been content
To follow Ramadan and Lent
Time better spent
Spent in the company of friends
Breaking bread and mending nets

Catch the sweet hover of lips just barely apart
And wonder at love's sweet ache
And the wild beat of my heart
Oh, rhapsody tearing me apart

And I dreamed I was saying goodbye to my child
She was taking a last look at the sea
Wading through dreams, up to our knees in warm ocean swells
While bathing belles soft beneath hard bitten shells
Punch their iPhones, erasing the numbers of redundant lovers
And search the horizon

And you'll find my child, down by the shore
Digging around for a chain or a bone
Searching the sand for a relic washed up by the sea

Picture yourself on the streets of Laredo
Picture the casbah, picture Japan
Picture your kid with his hand on the trigger
Picture prosthetics in Afghanistan

Picture a seat on a private plane
Picture your feet nailed to the floor
Picture a crew who are clearly insane
Picture no windows, picture no doors

Follow me down to a place by the river
Sold for my kidneys, sold for my liver
Why so weedy, so fucking needy
There's no such thing as being too greedy

But we chose to adhere to abundance
We chose the American Dream
And ooo, Mistress Liberty -
How we abandoned thee

Is This the Life We Really Want?

The goose has gotten fat
On caviar and fancy bars
And subprime loans
And broken homes
Is this the life, the holy grail?
It's not enough that we succeed
We still need others to fail

Fear, fear drives the mills of modern man
Fear keeps us all in line
Fear of all those foreigners
Fear of all their crimes
Is this the life we really want?
It surely must be so
For this is a democracy and what we all say goes

All of us, the blacks and whites
Chicanos, Asians - every type of ethnic group
Even folks from Guadaloupe, the old, the young
Toothless hags, supermodels, actors, fags, bleeding hearts
Football stars, men in bars, washer women, tailors, tarts
Grannies, grandpas, uncles, aunts
Friends, relations, homeless tramps
Clerics, truckers, cleaning ladies, ants
Maybe not ants
Why not ants?
Well, because it's true
The ants don't have enough IQ to differentiate between
The pain that other people feel
And well, for instance, cutting leaves
Or crawling across window sills
In search of open treacle tins
So like the ants, are we just dumb?
Is that why we don't feel or see
Or are we all just numbed out on reality TV?

So every time
The curtain falls
Every time the curtain falls on some forgotten life
It is because we all stood by silent and indifferent
It's normal!

Bird In A Gale

[Intro with sounds including radio clips and phone voices]
"We're sorry, your call cannot be completed as dialed. Check the number and dial again."
"The time from your telephone company is 9:33."
"Please hang up"
"Severe thunderstorms were located along the line extending from...."
"Here is the news:"
"In a few moments, you can hear Big Ben ringing out the old year, and ringing in the new."
"Cashier number one, please."
"Hail damage to vehicles is expected. Expect wind damage to roofs, siding, and trees"
"The time now is five minutes past midnight on the first of January."
"Cromarty, Forth, Tyne, Dogger: southwesterly and westerly, five, seven."
"This is London calling"
"At the third stroke, it will be 8:57, precisely."
"Columbia on West Jefferson and Cambria"
"Fisher: southwesterly very westerly, six to gale eight."
"Cashier number six"
"25, precisely"
"And it's also the end of broadcasting"

Are you blowing like a bird in a gale?
Does the pain of your loss seep into your feathers like rain?
Do the bars of your cage feel low or cold to the touch?
Were my caresses too gentle?
Did I love you too much?

The dog is scratching at the door
The boy is drowning in the sea
Can I crash out on your floor?

The loon is howling at the sea
Can I crash out on your floor?
Is there room in the story for me?

The Most Beautiful Girl

The secret committee
Deep in its lair
Conveniently far
From the cold desert air
Puts a tick in a box,
Turns the key in a lock
To loosen the bonds in her hair

Sleep if you can
Wrapped safe in your cloak
The tumbledown twilight
Havana smoke
Caught in your throat
Mistress Liberty's dance
Held you in its trance
Her bosoms were loaded with nectar and lances
"Well, boys", she said
"You have broken the trust.
Hold onto that stick if you must."

Take a fresh grip
On the crucible rune
The patchwork of ashes
Sweeps away love like a broom
Madness comes down
Like the crackpot of ages
The raging of angels
Cathedral of stars
Christopher Robin says
"Alice, go home now.
They're no longer changing the guard."

"Hold on", she said
"You're breaking my heart"
It's weird how the steel rails
Disappear into the dark
They clung to the ivory tower on her braids
They were never afraid of falling
But the bomb hit the spot where the numbers all stop
And the last thing they heard was her calling...

Home
Home, I'm coming home
I'm the life that you gave
I'm the children you save
I'm the promise you made
I'm the woman you crave

There's nothing but screams in the field of dreams
Nothing but hope at the end of the rope
Nothing but gold in the chimney smoke
Come on honey, it's real money

Don't ask don't tell, it could mean a loss for us
Yeah, a little less cash in the stash
in the cupboard at the bottom of the stair -
Money, honey

Just a line in the captain's log
Just a whine from a resident dog
Another kid didn't make the grade
Come on honey, it's a fair trade

Wake up
Wake up and smell the roses
Throw her photo on the funeral pyre, yeah
Now we can forget the threat she poses
Girl you know you couldn't get much higher

With the patience of a packhorse
Loaded for the mountains
Like a stoic, noble prince
Wait for her

With seven pillows laid out on the stair
The scent of womens' incense fills the air
Be calm, and wait for her

And if she comes soon
Wait for her

And if she comes late
Wait

And if she comes soon
Wait for her

And if she comes late
Wait, wait

She was always here in my heart
Always the love of my life
We were strangers, oceans apart
But when I laid eyes on her a part of me died

Part of Me Died

The part that is envious
Cold hearted and devious
Greedy, mischievous
Global, colonial
Bloodthirsty, blind
Mindless and cheap
Focused on borders
And slaughter and sheep
Burning of books
Bulldozing of homes
Giving to targeted killing with drones
Lethal injections
Arrest without trial

Watching endless repeats -
Out of sight, out of mind
Silence, indifference:
The ultimate crime
But when I met you
That part of me died 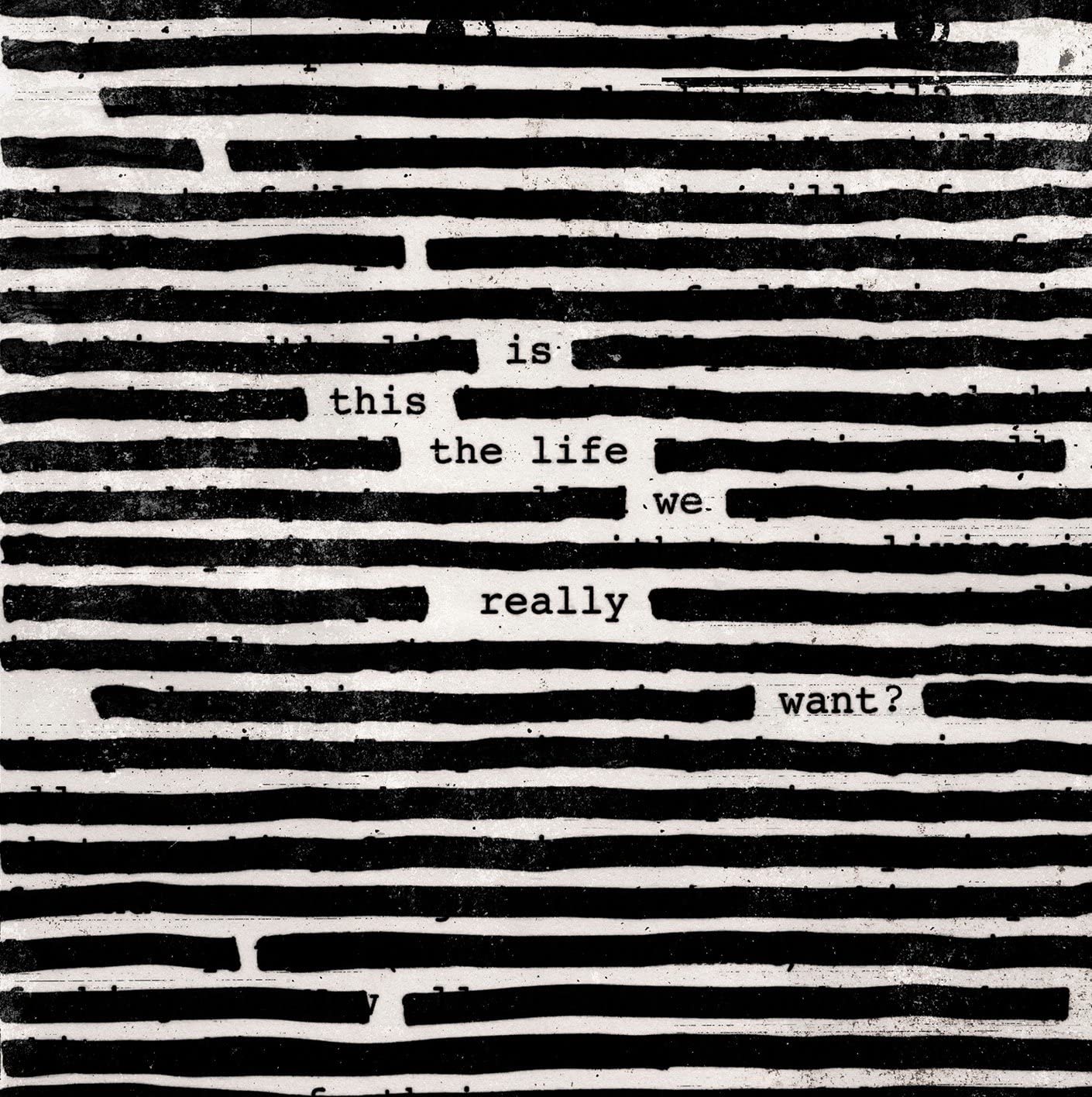