Documentary film with music by Pink Floyd. The film is a rarity because of the Pink Floyd soundtrack which contains a few new and otherwise unreleased tracks by the group. The documentary and its soundtrack is only available on VHS. The original film shown on BBC, December 1991. An edited version was released on VHS April 13, 1992.

The documentary film follows a road race where David Gilmour and Nick Mason are among the perticipants.

Pink Floyd's David Gilmour and Nick Mason took to the road in October 1991 to take part in 'La Carrera Panamericana' - a stunning film about the legendary car race held in Mexico throughout the early 50's. One hundred and twenty rare pre-1954 cars together with their 240 international drivers completed in the fourth re-run of this historical race. Both avid raving drivers with keen interests in classic cars, they decided to enter the Panamericana driving two beautifully restored 1952 'C' type Jaguars. However, this film is not just the story of their race - but of all the enfrants of this gruelling top speed tour of the Pan American Highway, stretching from Southern Mexico all the way to the Texas borde 2000 miles away. The magnificent Mexican landscape coupled with the handsome vintage cars perfectly match Pink Floyd's powerful soundtrack. the film captures stories picked up on the road and from the fiestas specielly held in each town en route, an oppurtunity in itself to explore the rich culture of the host nation. This is indeed the perfect setting for a racing event that includes a little of everything - the combination of drivers, back-up teams and the fiery Latin American temperament, undoubtedly adding a touch of spice! the idea of the Carrera Panamericana race was conceived by President Miguel Alernan of Mexico in 1950 to commemorate the opening of this now celebrated highway. The race quickly assumed international fame and attracted drivers and their cars from the world's top manufacturers. A series of tragic accidents and the sheer practicality of the event's origanisation were to spell the end for the race in 1954 in everyone's mind - that is until now... 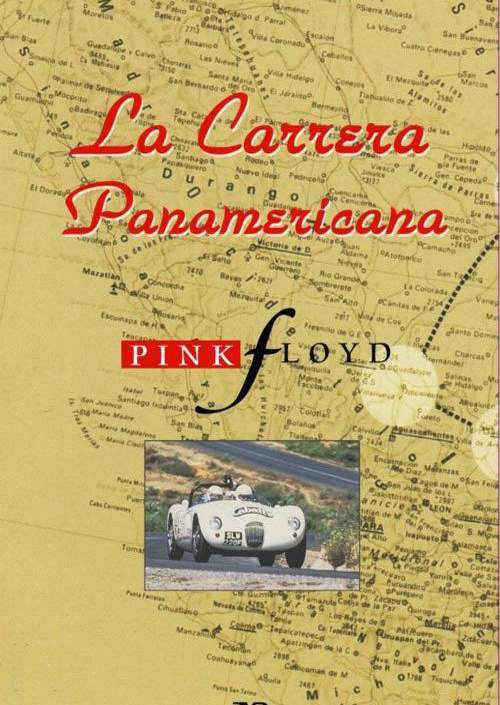 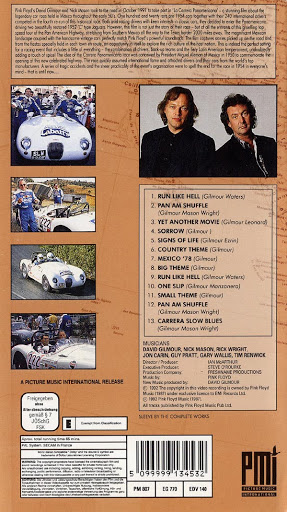 Not to be confused with Country Song from the Zabriskie Point sessions.