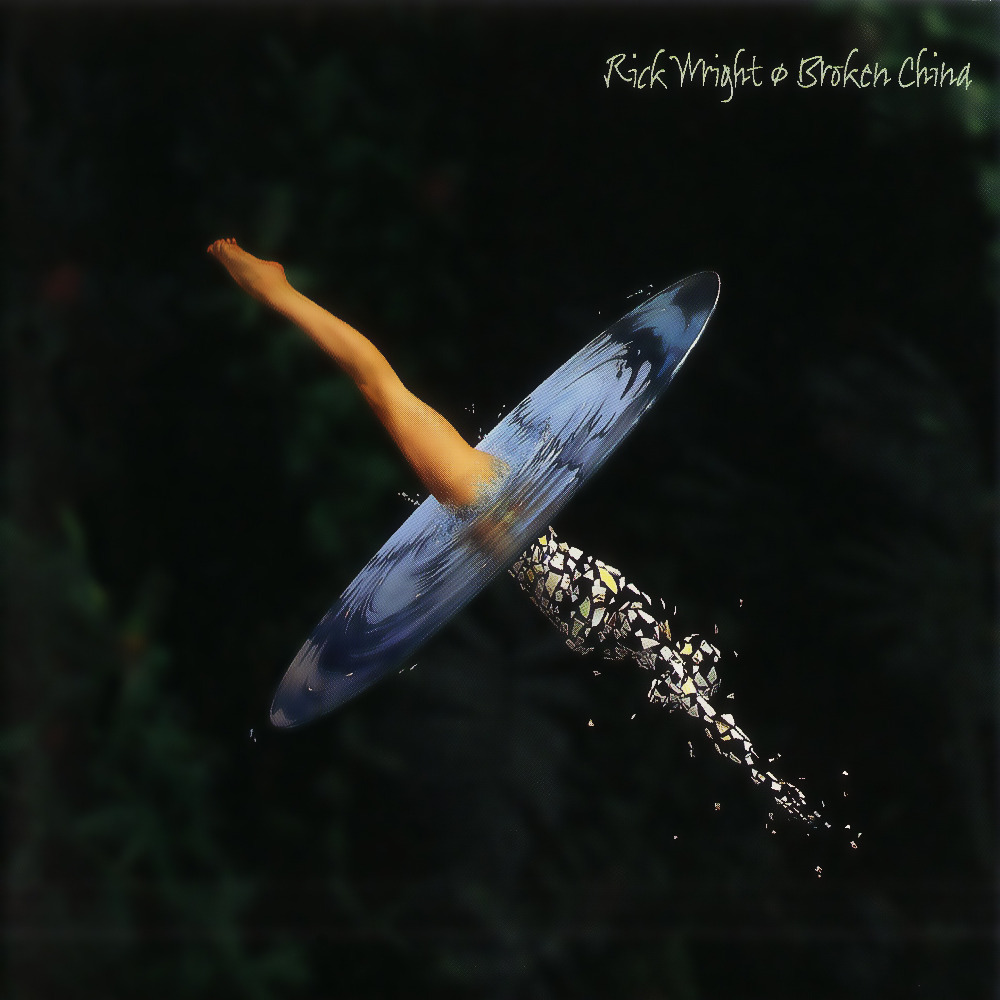 Sinead O'Connor - Vocals on 'Reaching For The Rail' and 'Breakthrough'.

Tim Renwick - Guitars on 'Night Of A Thousand Furry Toys', 'Runaway', 'Satellite', 'Black Cloud', 'Far From the Harbour Wall', 'Reaching For The Rail'. Lead guitar on 'Along The Shoreline' and rhythm guitar on 'Breakthrough'.

Steve Bolton - Rhythm guitar on 'Along The Shoreline'.

Mastered by Doug Sax and Ron Lewter at the Mastering Lab, Los Angeles

"To all those brave enough to face their past"

NIGHT OF A THOUSAND FURRY TOYS

The voice of Anthony Moore is heard 'on the telephone'.

Now you feel it, a shiver and you begin
Frozen breath that scrapes across the skin
And a sound you've never heard before, you screaming.

Welcome to the world of random noise
Where you simply haven't got a choice
When they push your levers and pull your strings.

It's another world, it's a better world that we bring.

Here you are on the planet of hot and cold
Where you'll do exactly as you're told.

In a world of a 1000 furry toys
You can hear the screams
Of little girls and boys
It's a charming noise
If you really want that kind of thing, mama.

Now you feel it, a shiver and you've bequn
When they pull those strings how you'll start to run!
And there's no stepping off or stepping down

It's another world and it's a better world,
That's what we have found.

You outward joy holds back the fears
Which deepen inside of us.

We travel all alone
And carry the guilt of those who disappear.

Our childlike hopes,
In disarray
This pain no child should feel
We disappear.

She never lived with pain, fear or anger
Windowless and tame like a precious stone langoured
A heart enchained, willing to surrender
But now if storms would only blow
She could really feel the roll.

Those years of sleep, all waking dreams
Unpeopled places on painted screens
And diffused in subdued streams
Her life was cast, traditional schemes.

"A hunger that lasts can have no pain",
It's just these words that don't explain.
Eaten alive and spat aout again
They jam in the memory like ancient remains.

Woman of custom just severed ties
What had never changed had always died so
Suddenly she's opened eyes that
Fill with tears and come alive.

FAR FROM THE HARBOUR WALL

A part of herself, she thought love was dying,
The game of opposites, a hateful lie.
She can't hang on at all, she's giving up the fight.
She's locked in a wall of ice,
Through half the day and half the night
On a path that's been prescribed.

Nothing comes, but she can't leave her life
Or hear the falling rain, or the heart race in her.
And dark as it grows at night, with fear of light's change
She's drowning away
In what she can do and what she contains
And her heart is so low.

Now, beacuse I could not cope with pain,
How things are not the same, she's got no remedies.
A heartbreaking fall and I fear a change of course
I feel like we were born insane,
I hear the love, I fear the love


REACHING FOR THE RAIL

I'm ill with a fever, I feel like a child
I lay in the dark 'til morning came.
It's so unoriginal
And I feel it worse at nigth
I know it's not terminal
But I'm near half-dead with fright
And freezing cold.

But sooner than wake up
To find it all unchanged
I'll sleep through the day til the daylight ends.
'Cos it's all so familiar
As it comes around again
The same taste to everything
The same unbroken chain
That still remains.

With morning I rise,
A dream that won't leave me,
You're sad, naked and pole

And you're reaching for the rail

You took a look inside, how could you peel away
Or break the shell, the hurt you've hidden so well
For all your days.

And you're going down
As you slip beneath the waves,
Won't make a sound
Won't even leave a trace before you.

I hear an appaling sigh from the street below
And it's creeping fear congealed in stone
That paves the crazy road.
And all are succumbing and they look so hopelessly
At the heartbreak, it's easy to deal with,
Just take these and you'll really never feel it.

If you still know me
Then touch my fingertips

You feel her warmth, feel it like a summer day
Shining from, the cloudless sky, it lights her way.

With darkness gone, like a distant road
We travelled it all night until the morning rose.

Now we're turning, towards the sun, unfolding everyday
From out behind, the clouded mind,
With more than words can say.

We're half-naked souls and a harmony
Is a song of tears, all washed into the sea,
As we stand along the shoreline.

We were cut off from our lives, by a wall of pain,
It can't be seen, it's so routine, it has no face or name.

But now the day has broken, can see in better ways,
A path leading to the light, a hope that never fades,
All power to the brave.

You feel her warmth, feel it like solar rays,
See how, they kindle fire, illuminate her face.

Free as the sunlight that shines down from above,
That opens us all to feel love.

I can take or leave it, won't be the woebegone,
Don't need a model universe to hang your pictures on.
You hide somewhere, you die somewhere
And then this senseless thought,
By hating more you're feeling more
And that's how you get caught.

They're never going to make it easy
Of this you can be sure.
I greet you from your wilderness,
I'll stay inside your door.

There is no cage or prison, they have no fence too tall,
You die more times than anyone, there's still no place to fall.

They're never going to keep it simple
This comes down from above.
I have no helm, no secret realm,
I dream to be at the heart of love, a part of love.

I bet you can conceal it, but that's just a dead-end track,
I'll cover you like the driven snow and then I'll bring you back.
You'll see! you feel like, you feel like a banner,
Unfurled and gently blown,
And there before your opening eyes
The self you've never known.

They're never going to make it easy
Of this you can be sure
You feel untied, beatified
And loved for evermore.