Played in the band and Amen Corner and Fairweather in the sixties and seventies. Since then he has released several solo-albums and performed studio/live with artists like Eric Clapton, George Harrison, Chris Rea and more. In 1985 he joined Roger Waters touring with The Pros And Cons of Hitchhiking and later he became a member of Roger Waters Bleeding Hearts Band. He performed at the Berlin Wall concert, on Radio K.A.O.S and Amused To Death. He toured again with Waters in 1999/2000 and will also join the 2002 world tour. The result of the US tour can be heard on the live CD: In The Flesh. Andy Fairweather-Low has also performed a few times together with David Gilmour.

Marck Fenwick, MFM Ltd. has been the manager of Roger Waters since 1990. 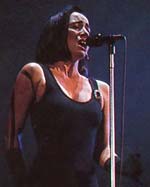